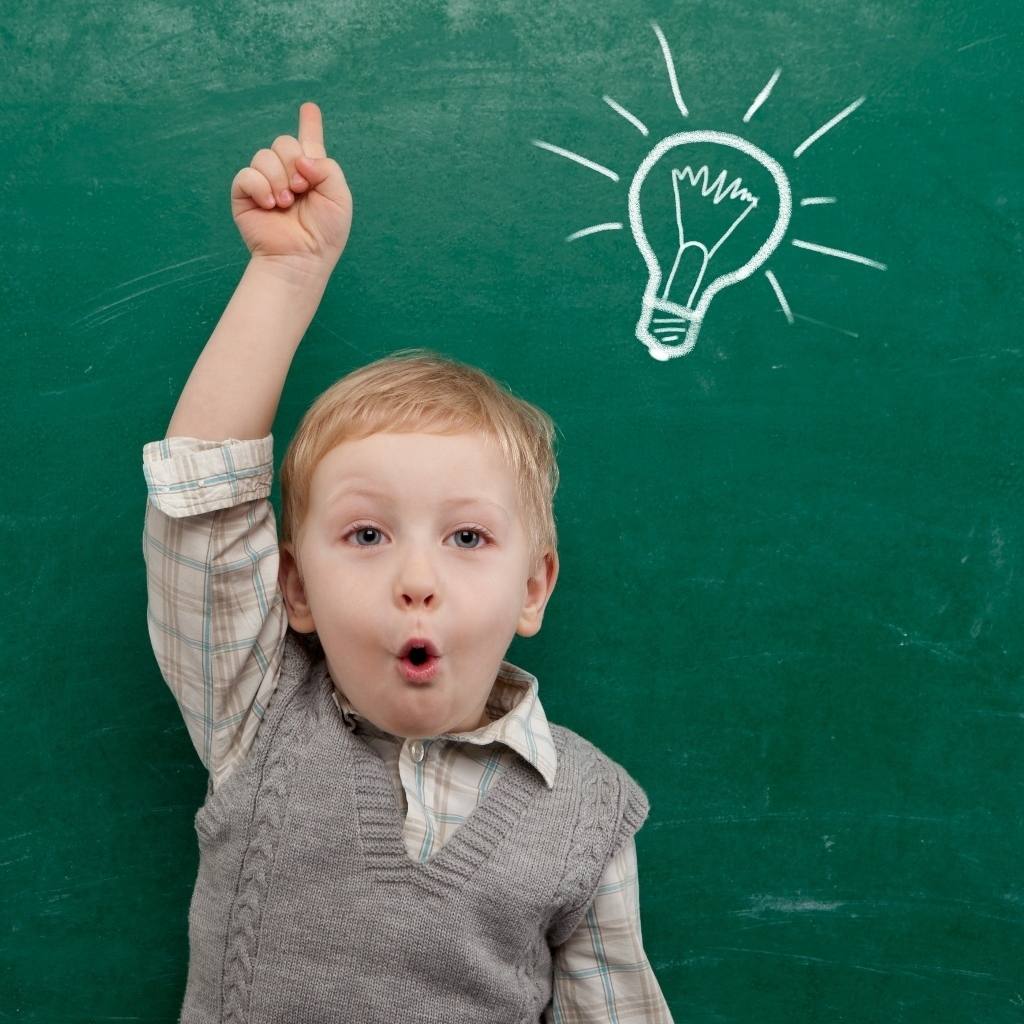 How to remove the [] from your [Business]

“He who asks is a fool for five minutes, while he who does not ask remains a fool forever”

It’s every parents’ joy – the moment your child speaks. Until, at 3, they begin to slowly confound your rational adult brain with questions. Why is the sky blue, momma? Why do dogs bark but fish don’t? Why is tomorrow tomorrow and not today?

I bet you’ve had employees that drove you to distraction with questions the way your toddler used to. Perhaps you even changed your route to the coffee room to bypass their office. [C’mon, you know you have.]

Having to THINK about stuff all the time consumes a lot of energy. We develop habits and go on autopilot because when we know something well, we can free our minds up from processing the mundane details of daily activity.

There’s the great PR about why President Obama eats the same thing for breakfast every day. Here’s why: since scientists proved you can only make so many good decisions in a day, if you’re the “Leader of the Free World”, you can’t afford to waste decisions on such frivolities as “oatmeal or granola?” with your morning briefing.

There’s a risk to ‘conserving energy’ though. In our businesses, who gets to decide which questions are mundane, and which ones are worth exploring? And there’s another, compounding, problem. We’re naturally biased to do what we’ve done before.

It’s called the “sunk cost effect”; behavioural scientists Hal R Arkes and Catherine Blumer say that humans exhibit a mental bias to choose what they’re already invested in. Even given information that makes a new decision more attractive, our mental bias pragmatically filters that out, leaving us with the ‘tried and true’ solution.

So what on earth happens to our naturally inquisitive species between the age of 2 and the time when we become one with the Borg?

(my inner Trekkie just emerged – Captain Kirk was one of the great question askers of all time).

Amanda Lang, in her book “The Power of Why” believes that it’s partly rooted in our legacy education system. Two things she considers:

1) the industrial age rewarded “experts”, so we worked at conferring a tight bandwidth of knowledge (there was ‘right’ and ‘wrong’ information) and

2) we rewarded those children that conformed (ie got the ‘right’ answers on the tests).

So our curious little 2- and 3-year olds became wise, all-knowing 12 year olds who had conformed like crazy, losing that annoying habit of curiousity. The problem? We’re not in an industrial age any more. Our new information age needs people that can quickly adopt new perspectives, and are willing to seek new information, and boldly go where no one has gone before.

I’m an innovation junkie. And innovation is positively correlated with something else that I stumbled on as a Ted Talk by Angela Duckworth : Resilience. When you think about it, there’s a natural alignment between resilience and innovation.

This study (you can take the test, our entire team did

shows your tendency to be able to recover from failure, and persist toward a goal; what Ms Duckworth calls GRIT. The more GRIT you have, the higher the correlation with success. And it takes some kind of GRIT to re-invent a process, a product, or an entire industry.

Gritty Innovators in our businesses are often the ones that cause eye-rolling during staff meetings. (Can’t they just keep quiet this once, so I can get back to work?). They’re also often the leaders (hmm, interesting; more on this later). But what’s the risk of silencing those innovators? Well, how about Group Think, where a culture of ‘uniformity’ is death to question asking. In some tragic situations, literal death – studies of the Challenger shuttle fiasco concluded that a lack of argument (too much agreeability) was a lead cause of the disaster.

So maybe having a few “why” people in the group might not be such a bad thing.

I was privileged to sit on a Productivity Summit panel with several other business leaders in Alberta this November, facilitated by Amanda Lang, for GoProductivity. The statistics for productivity in Canada are interesting – Alberta is 44% more productive than other Canadian Provinces. It looks LESS good when you learn that much of this is directly a result of sweat equity – ie working more hours. We know that can’t go on forever – dooming us to lower future productivity unless we can find new, less labour-intense ways of doing things. There’s another interesting statistical contributor to Alberta’s productivity: a relatively higher level of investment in machinery and equipment, as a consequence of a dramatically higher local cost of labour.

Necessity is the mother of invention, AND of innovation. Unfortunately, our businesses often neglect improvement until we’re faced with a dire scenario. We cut back our workforce because we missed our quarterly target. We outsource to specialists. We automate to compete with the big new entrant in our market.

The leaders on the Productivity panel discussed innovation with something akin to reverence – they’re continually learning new ways to deliver services and solutions, and encouraging their teams to innovate on the fly from the shop floor on up. It’s the secret sauce in their success.

One panelist from a huge industrial mining company said they actually CELEBRATE failure in their business – each instance of a failure is recognized at an annual event – because it means someone TRIED to do something new.

How crazy is that???

Innovation often comes at a cost; either experiential, time and resources, or by putting our egos at peril because we face failure or ridicule.

Tough choice. But who wants to grow, anyway?

I alluded earlier to leadership. While a lot of innovation arises from every day creativity (small-c innovation), don’t, worry, it’s easily stifled in your business.

Here’s how you as a leader can build a first rate anti-innovation empire:

1) Stifle communication. Make sure people have no cross-silo conversations, and god forbid you should build an inter-web (communal virtual whiteboard) for people from all across your organization to post crazy ideas.

2) Give power to people who don’t like change. Yeah, this is a sure thing – especially if you have subject matter ‘experts’ in key areas of your organization, who control the flow of needed resources and information. Remember what we said about experts – they’re committed to what they already know.

3) Be sure to have a President’s circle of ‘special people’. Whew – you dodged a bullet there – because staying in your own network with the same people you always hang with will ensure you protect the status quo. Also, you don’t risk meeting new, or different, people, which is always risky.

Well, you now have a winning strategy for keeping your business exactly the way it’s always been.

And you know the OTHER kind of leader – like that crazy Elon Musk , Founder of Tesla motors and SpaceX, who is spearheading a revolution in transportation. You want to avoid that at all costs; his ideas are gonna take some hits.

Maybe so….but what if he’s right?

Our businesses might be working well today – but what about tomorrow? Can we attract new younger tech savvy employees? Can we do more with less? Are we leading the pack, or trailing morosely behind?

I’m willing to bet if you’ve read this far (thank you, by the way), you’re one of the crazy Elon Musk types. But while leaders are often natural innovators , they’re also often thwarted trying to organically inspire change from the top down. McKinsey’s & Company’s research on this topic concluded that a culture of trust at ALL levels, is a key driver.

So, leaders, start with that. Of course, it’s not the only thing you need to do.

You can create an innovation incubator in your business (but please, please don’t form an innovation committee). Instead, hold ‘blue sky’ meetings with people from ALL walks in your organization – and don’t judge the answers. Call them your “What if” sessions. Post ALL the answers. Leave them up. Let people add to them. Budget for a few failures – Jim Collins’ book “Great by Choice” says “fire bullets, then cannonballs” – in other words try stepping out a LITTLE bit, test the water, before you commit big time to a brand new ship. Hold an annual “We Tried and We Failed” awards night. Hire people from totally unrelated industries to bring diversity to the table. When the ‘new guy’ asks a question, don’t answer it until you ask why they asked.

And be sure to include those folks you’d normally avoid on your morning coffee stroll. Simple solutions to enduring problems can be right under your nose – but you might never find it if, like so many people, you got great scores on all your school tests, by learning to forget how to ask “Why?” Encouraging, rather than stifling, curiousity takes the limiting brackets off your potential.

It’s not too late. You can start tomorrow. Take the brackets off your business, and see where you go.

Angela is the founder of the Prime Capital Group – a super interesting team of people who regularly brainstorm to creatively solve problems, including how to brainstorm, for a great portfolio of Canadian business clients. Prime specializes in equipment finance solutions. Angela specializes in asking questions. 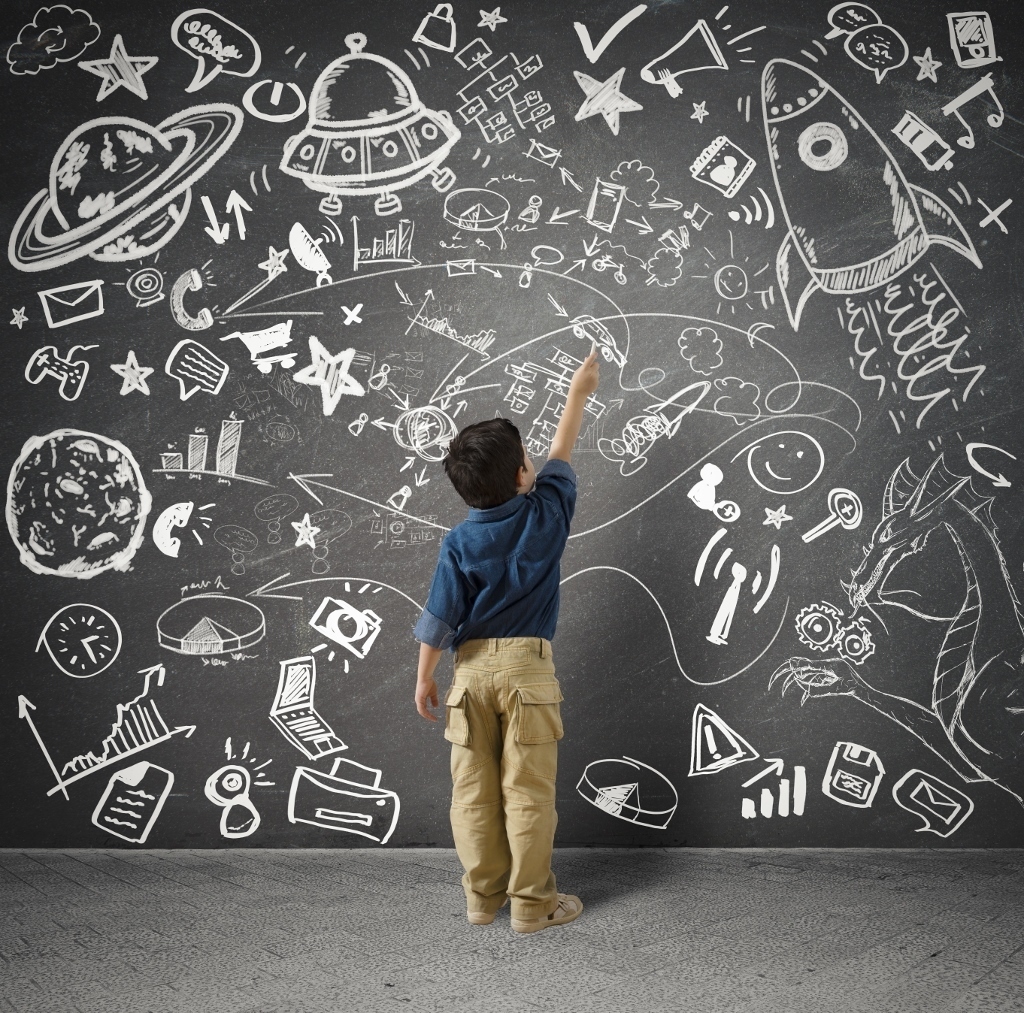